Doing the business to support business 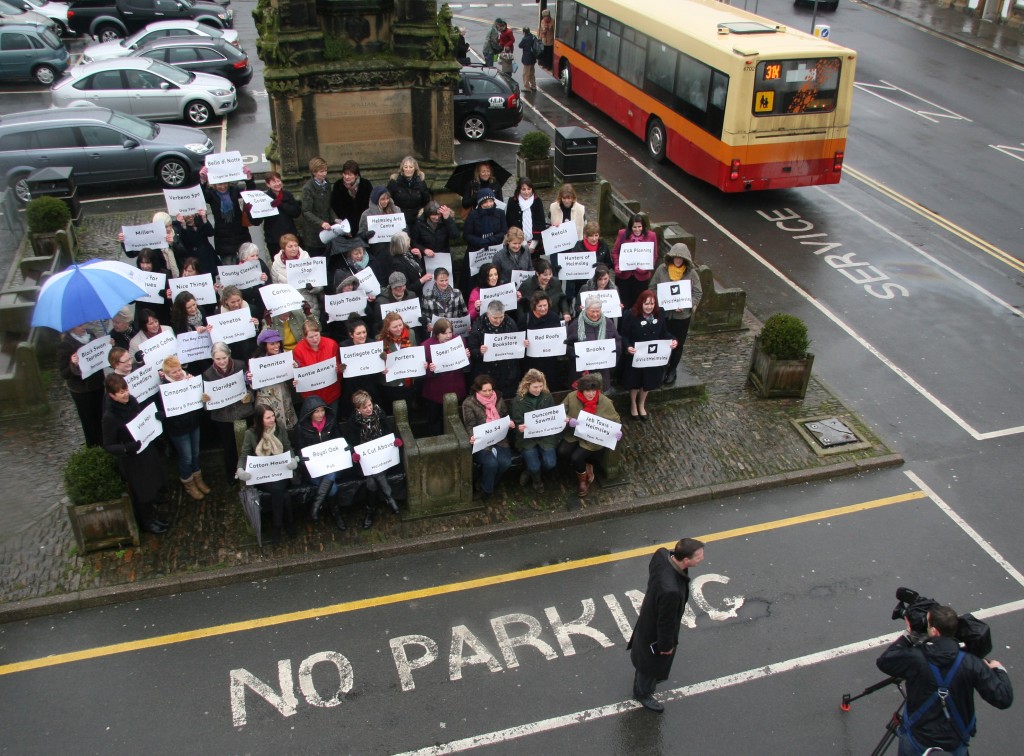 Over 50 local businesswomen gathered in Helmsley’s market square for the national television news item. The BBC hired a 40m cherry picker for the piece and Nigel managed to cadge a lift to capture this great shot of the ladies and film crew.

From the grandeur of the European Parliament in Brussels, to a rain-soaked, gale-battered north Yorkshire market town  – we’ll go anywhere for a good story!

Our client, the Federation of Small Businesses, has been particularly active in the last couple of weeks and we’ve been on hand to cover the action for the members’ magazine First Voice.

Fresh from rubbing shoulders with PM David Cameron and Chancellor George Osborne at a policy conference in Westminster, CW director Stefan was hopping on the Eurostar for the launch of the Federation’s European Manifesto ahead of May’s EU elections, while Nigel battled through storms to Helmsley on the north Yorkshire moors where BBC Home Editor Mark Easton was recording an exclusive report, based on FSB statistics, on the rise of women in business for last night’s national news.

The FSB is the voice of small businesses in the UK and a powerful lobbying force. Our most senior politicians and national media take notice of what it has to say.

So we’re really proud to be responsible for producing its magazine which goes to almost 200,000 members, as well as other top business leaders, policymakers, journalists and influencers.

And we seem to be making a reasonable job of it…we heard recently that First Voice has been nominated for three new awards by the Institute of Internal Communication: for Best Stakeholder Publication, Best Image and Best Writing.

Definitely something to shout about!