Tell ‘em about the honey, CW 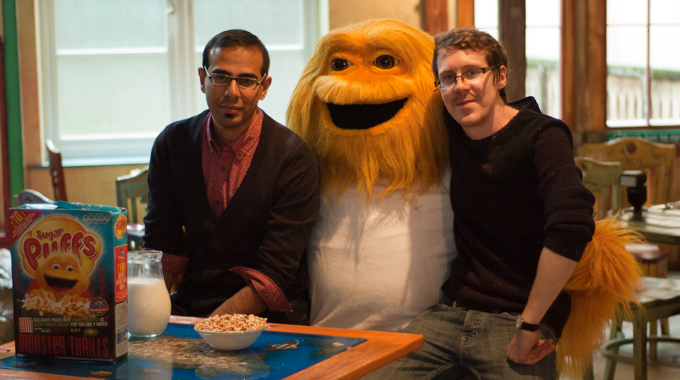 Honey Monster Foods, the company behind Sugar Puffs and its famous brand character, invited CW to develop the Honey Monster’s social media presence to engage with a new generation of consumers.

“We quickly identified Facebook as the perfect platform to interact effectively with new and existing brand advocates, and that it was time for Honey Monster to find his own voice.”
Account Manager, Oliver Forrester.

After producing detailed tone of voice guides for Honey Monster and Honey Monster Foods (for dealing with more serious enquiries) based on the brand personalities already associated with ‘the furry fella’, CW was given an initial trial to prove its worth.

In just four weeks, CW developed a content strategy and calendar which saw the number of Honey Monster’s Facebook fans jump by 44 per cent, and even more impressively, record levels of engagement with a massive increase of 1,312 per cent in Facebook’s ‘talking about this’ measure.

“By placing him in the driving seat, we’ve given fans direct access to Honey Monster. His and the brand’s presence on Facebook, Twitter and YouTube grows ever stronger, increasing consumers’ connection with Sugar Puffs.”
Zoheb Raza, Digital Manager.

And the quality of engagement dramatically increased as fans flocked to the page to converse directly with Honey Monster for the first time and share all the reasons they love Sugar Puffs.

“CW has transformed Honey Monster’s social media presence, giving the brand thousands of new advocates and deepening engagement with existing consumers. As a social agency they are a one-stop-shop; from developing successful apps to offering creative copywriting and design, which many digital providers seem to lack. We trust CW with one of advertising’s great icons– which is high praise indeed.”
Sheena Darji, Brand Manager, Honey Monster Foods.

See our work, and make friends with Honey Monster here