Today has been a very exciting day for the CW team as we’ve been over in the Black Country helping our client The Kaleidoscope Plus Group launch itself as a new charity. In the process, we’ve found ourselves rubbing shoulders with a couple of Emmerdale stars!

The Kaleidoscope Plus Group, a health and wellbeing charity, recently disaffiliated itself from the national Mind charity, dropping its former name, Sandwell Mind. CW have been working with the charity over the last year to create a new brand identity for the charity that accurately reflects their vision, market positioning and the re-allignment of their service offering.

With a full launch party planned for both press and the public to showcase the charity’s new services, we managed to secure Jeff Hordley and Zoe Henry, two stars of popular ITV soap, Emmerdale to conduct the official opening. Their onscreen characters, Caine Dingle and Rhona Goskirk have recently featured in hard-hitting storylines that have acted to highlight just some of the difficulties the new charity aims to help people through.

We want to wish Kaleidoscope all the best of luck and success for the future. The charity is a fantastic support to many people in the area and beyond!

For more information on the charity’s work please visit www.kaleidoscopeplus.org.uk

how to make quick money 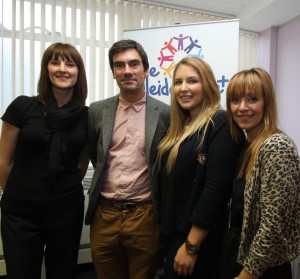